A Recap of my European Honeyversary and 500 Followers!

First and foremost I’m beyond shocked and speechless that I broke 500 followers today! Critiquing Chemist’s one year anniversary is a mere 3 days away and I recall back in March telling Luke that I would be ecstatic to have 50 followers, 100 in my wildest dreams, therefore as I saw my followers surpassing even my highest expectations I found myself lulled into a feeling of overwhelming disbelief and thanks. I appreciated all of your many, many comments and feedback over this past year and I look forward to connecting with everyone even more! One of my goals starting this blog was to eventually to reread the Game of Thrones (GoT) series and offer detailed analysis and insight after going through the reading a second time. Hopefully on the one year anniversary I’ll be able to post my first GoT blog, fingers crossed.

With that being said I wanted to post a special blog to commemorate my 500 followers by recapping my European Adventure, especially due to the positive feedback I’d received after my Cross Country Road trip! Back on our first wedding anniversary, Luke and I went on our honeyversary to Prague, Vienna, Bratislava, and Budapest. It was our first time out of the continental US and it turned out to be quite the adventure! I’m truely only showing the highlights as we covered most of the main attractions and sights that the cities offered.  In all honesty, I could probably devote a post to each of the cities, if not two.

The first stop on our adventure was Prague, which was beyond beautiful! As with all of the cities, we walked everywhere despite accessible and highly rated transportation, with the goal of actually seeing more of the city and not just the main sights.  Except for Budapest, we did not have access to our phones, which turned out to be liberating and actually fun.  We relied solely on Rick Stevens’ Eastern Europe guidebook that acted as a confident guide to amateur travelers such as ourselves.  In two and a half days we were able to see most of Prague’s highlights, including two libraries, i.e., Czech National Library and the Strahov Monastery Library. While I do not include photos of the libraries due to photography restrictions, please Google the two libraries! They are even more beautiful in person! Of note: The Strahov Monastery gives private tours of their library, however you have to sign up months ahead of time. I was loathed to find out this fact as I was dying to see more of the library in person! The first picture is from the top of Petrin Hill, the Eiffel Tower’s very short twin (1/5th the actual size).  The second image is from our date night at the Prague Opera House to see Carmen.  It was our first time at the opera and I’m still surprised Luke was as willing to go along with me! The third image is of the Astronomical Clock in Old Town Prague. 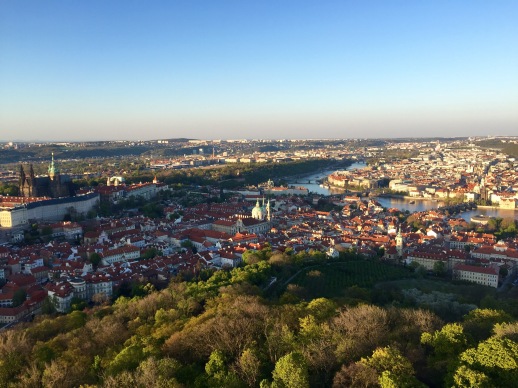 After taking the train from Prague to Vienna we met up with one of our good friends Robert who showed us an excellent time during our three days in Vienna. We again walked all over the city and Robert even took us for a drive through the countryside, out to Melk Abbey. The library at the Abbey was stunning, however there again were restrictions on pictures in the beautiful room.  The first picture is of the Vienna Opera House, while the second, third and fourth images are from Schonbrunn Palace.  The palace and gardens were amazing despite the pouring rain and bitter cold. If the weather had been better we would have loved to tour the grounds more and probably could have easily spent all day.  The summer palace was definitely my favorite, behind the Austrian National Library of course, which can be seen in fifth image.  Lastly, the coffee houses in Vienna are just as delicious as advertised, and the cross walking signs are adorable, with two people holding hands as a heart is between them.

Slovakia was of special interest for us to visit, despite only needing to stay a half day in the Bratislava to see the main sights, due to Luke’s Great Grandparents immigrating from the country in their youth.  Of all the cities we visited, you could still feel the impact of Communism on this capital. As an example, check out the photos we took of the train station. It looks like something out of a movie! 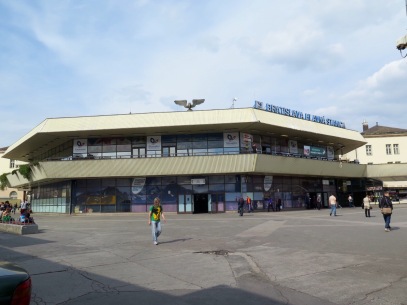 Without the guide of the Rick Steves’ book we would have been at a loss navigating our way to Old Town from the train station.  There were no signs at all directing potential tourists and even the President’s Gardens were overrun with weeds.  Regardless, this all added to the charm that made Bratislava one of our favorite cities we visited.  Eventually, we would like to come back to Slovakia and visit the mountains in the eastern side of this country that have highly touted hiking trails.

The last city on our whirlwind trip was Budapest.  The city again was full of amazing sights as you can see in the first image of the Parliament Building.  We only had a day and a half to explore Budapest but we saw almost all of the top sights except for adventuring to the baths that the city is so well known for.  The second image is their Holocaust Memorial along the Danube River.  The third image you’ll find Luke contemplating our hike to the top of Gellert Hill that offered amazing views of the Budapest as you can see in the following picture! During our last meal in Europe, I ordered a local, dark craft beer, after which our waitress proceeded to ask me three times if I was sure I wanted the dark one.  Luke and I decided that perhaps dark beer is traditionally more of a men’s drink? Regardless,  it was an entertaining exchange. Lastly, no trip to Europe can be complete with out stocking up on Fanta and chocolate.  FYI: The Fanta in Europe is so much better than in the US! I still find myself craving it! 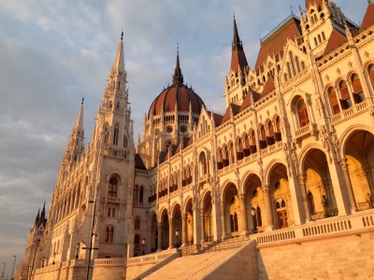 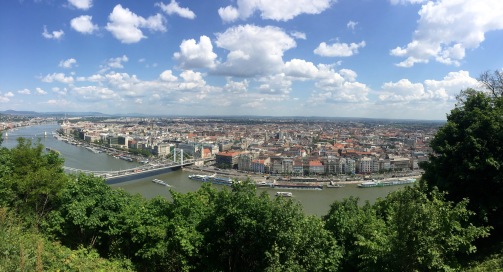 Overall, we had a wonderful adventure! We gained a lot of confidence that traveling is not as scary or difficult as it might first appear. Moreover, during traveling it is ok not to know what is going on! All of the locals were wonderful, kind people who were more than helpful if we managed to get turned around or were asking restaurant recommendations.  We can’t wait for our next big trip!

Leave a Reply to A Valentine’s Day Trip to John K. King’s Rare and Used Books in Detroit – The Critiquing Chemist Cancel reply

Quinn’s first time voting was apparently a somber affair.
An extra special Tuesday! This tough girl didn’t cry for either of her shots. 💪🏼👩🏻‍🔬
Happy summer vibes! 💚
I’ve always loved summertime, but Quinn’s joy makes it that much sweeter.💚
Follow The Critiquing Chemist on WordPress.com