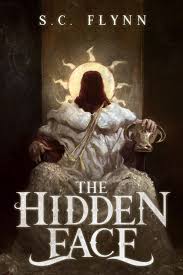 As the first book in The Fifth Unmasking series, The Hidden Face is a dangerous, fast paced race against time and unknown enemies to solve an intricate puzzle, spanning throughout this fascinating realm. Flynn has developed a unique literary world in which the Face is Unmasked approximately every half millennium, causing a massive upheaval of present ruling class.   Filled with intriguing characters, of which the potential depth feels as though it has only been just tapped, it was the shadowy villains that stole the show with their eccentricities. With the ambitious world building, I felt as though I finished the book with veil of mystery only slightly drawn back. As such, Flynn established a solid foundation to continue the series and I’m excited to see where he takes this story in subsequent novels. Following multiple points of view, from assassins, an Emperor, a traitor, a seductress, to our main two protagonists, the narrative takes the reader on a wild chase to solve a complex riddle, on which the future of the current Emperor is hinged. Overall, The Hidden Face introduces readers to an entertaining new literary realm that lays the basis for ensuing novels to further the development of the both the world and the characters.

I’ve made the decision to postpone publishing my additional insight until the release date. The spoilers are far too juicy! Please see back on November 25th for my spoiler laden thoughts!

When reading it is common that I encounter words that I’m not privy to the exact definition, however it is easy to infer the meaning of the aforementioned word based on the context of the sentence and story. As such, relatively new to the Critiquing Chemist, you’ll find an additional section that includes vocabulary words that I encountered upon reading the book being reviewed and either had to look up the definition or it is a word in which I would like to add to my repertoire. This endeavor is easier when in the Kindle format, and potentially impossible with audiobooks, however I’m going to attempt to continue this section for all future book reviews. I’ll be using the definitions from the Merriam-Webster Dictionary.

Reliquary: a container or shrine in which sacred relics are kept

Comprehensible: to grasp the nature, significance, or meaning of

Amphora: an ancient Greek jar or vase with a large oval body, narrow cylindrical neck, and two handles that rise almost to the level of the mouth

Juddering: to vibrate with intensity

Candelabrum: a branched candlestick or lamp with several lights