Saying Goodbye to my Grandpa Fether 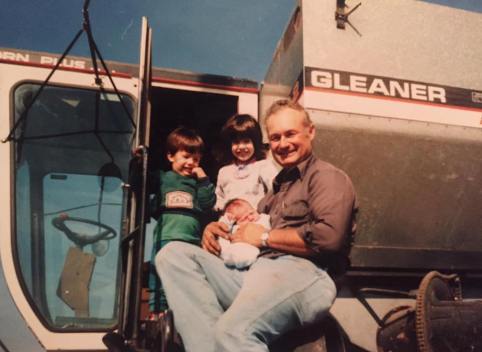 I’ve been incredibly blessed to have all of my Grandparents still living and a huge part of my life at the age of 30.  My brothers and I were afforded the opportunity, which I didn’t realize was unique until college, to have both sets Grandparents living basically down the road. I wish I had a tally regarding the quantity of sporting events, dance recitals, pageants, and graduations all of my Grandparents have attended in their lifetime between their children, grandchildren and now great grandchildren. With that being said my family was devastated in late May when my Grandpa (relatively) unexpectedly passed away during a fairly routine procedure.

Today would have been his 79th birthday. I’ve debated for months now if I would post anything personal on my blog regarding his passing, whereupon I had thought that his birthday might be the right time to reflect on memories and to post the brief eulogy I spoke at his funeral.  This has been a difficult post for me to write because it is by far the most personal one that I’ve made in my blogging career. 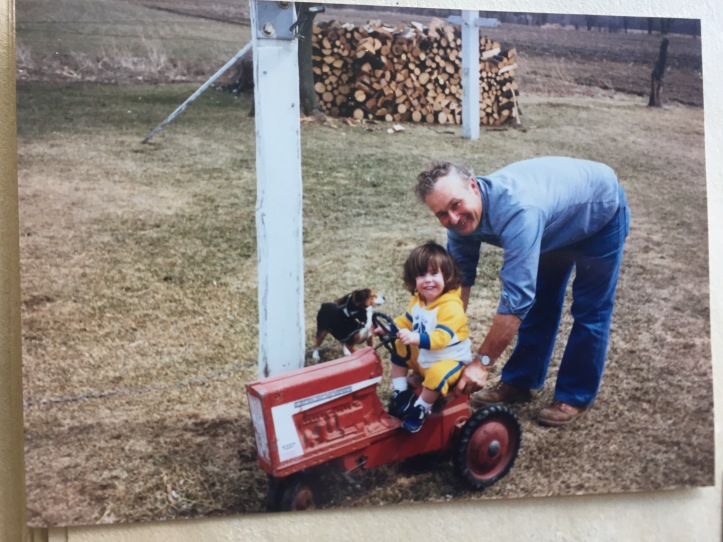 Living next door, we were constantly down at Grandma and Grandpa’s where we would play Rook or order our favorite Pioneer Pizza Barn pizza after which he would contentedly sit back in his chair with a toothpick listening to conversation. Hence, countless memories were made so this post will ultimately serve as a forum for me to come back to and record key ones as I remember them. One summer particular infused with memories of my Grandpa was when he was our ‘babysitter.’ Mom and Dad were working during the day so we would wake up in the morning before eventually meandering the quarter mile down to my Grandpa’s on our bikes where we were fascinated by the concept of cable TV, specifically MTV (that still showed music videos). Around noon everyday my Grandpa would stop farming to come check in and make us lunch, which was almost always the same fare of baloney sandwiches and a combination of chicken noodle/cream of mushroom soup. Even though it is not particularly a favorite food of mine, I will still buy baloney every once and a while for nostalgic purposes alone.

There was also a time that I was in early high school, moreover that time in which your adolescent self is mortally embarrassed by everything, that I was riding in the combine with my Grandpa when nature made it’s untimely call, causing me to politely ask my Grandpa to stop the combine so I could frantically rush out into the corn field. Beyond embarrassed and dreading to get back into the cab with him, I was comforted when he continued our conversation as though nothing had happened. Almost 15 years later, I recounted the story for the very first time to my family as we were sharing memories while preparing for the funeral.  My Grandma laughed, amazed that Grandpa had never told her that story either.

Farming was interwoven into so many of my memories with Grandpa. From  learning hard, back breaking work picking up rocks in the fields, to him and my Great Grandpa taking me on my 5th birthday to McDonalds for breakfast as they ran into town for tractor parts. I still have the little Barbie toy tucked away somewhere that I got from my Happy Meal. Growing up in the rural countryside, any trip into town was special as it took approximately 30 minutes to get to any town, moreover this trip held special significance with the fact that I got alone time with both of my Grandpas.

Hunting was another key love in my Grandpa’s life.  My Grandpa had strict guidelines when hunting, e.g., only shoot bucks and no hunting on Sundays.  My Grandpa was full of hunting stories, like the one time he shot two bucks with one shot.  True story! The smaller buck was hidden behind the larger buck that my Grandpa was targeting.  In the eulogy you’ll find my brother’s special hunting story where he got a drop tine buck his first time out hunting with Grandpa.  Not to be outdone by Samuel, I decided to go out that next year with Grandpa to try my luck.  Of the handful of times he went out hunting with me, standing with our backs against a tree at his favorite spot, we spent most of our time pointing out and watching other wildlife, e.g., turkeys, raccoons,  squirrels and does.  Those special moments with my Grandpa have been by far my favorite times hunting.  After hunting now for six or so years I still haven’t gotten a buck, likely due to the fact that every time my Grandpa wasn’t there I would take a book out with me, resulting in a entertaining story of a buck sneaking up behind me and both of us scaring each other. 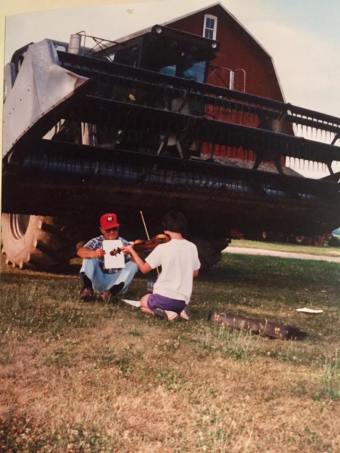 My Grandpa Fether was greatly loved and he will be forever missed having afforded countless, cherished memories.

Many, many of my memories carry the common thread of farming from picking up rocks to riding in the combine. Last summer, my grandpa was helping my parents save a ton of time when baling straw by retrieving loaded wagons back home and bring empty wagons to be filled. I was home helping, however when the wagon started getting filled, or I guess crowded would be a better term, I would be the first worker booted off. I joined my Grandpa on the tractor and judged I had time to make a trip with him to drop off a loaded wagon. As we got closer to my parent’s house, my grandpa turned to me with a twinkle in his eye and told me he thought we had just enough time to sneak in a cookie and coffee or in my case hot chocolate break. So we continued on down to his house and had a quick break during the middle of baling. Of course, we ended up getting back to the field a little late, however it was rare alone moment with just Grandpa I will always be thankful for.

Another time in which we got prolonged alone time with Grandpa was during one of his favorite pastimes of hunting, in which he would sometime go out and stand with us. Samuel has his own special memory regarding his first time hunting with Grandpa, on a particularly cold Thanksgiving when Grandpa took Samuel back to his spot behind Denise’s house for his first time hunting. Samuel, thoroughly frozen through whispered to Grandpa asking if he was ready to head in an hour or so into hunting. Grandpa responds, ‘Well let’s wait 15 more minutes.’ Resigned, Samuel agrees and numbly counts down the minutes. Just as he is about to prompt Grandpa that it is close to the allotted time, they hear a crashing through the brush, with the end result being Samuel bagging his first buck. Granted, I never got a deer, however those few time out in the woods alone with Grandpa enjoying nature were my favorite times out hunting.

Overall, there are a many life lessons and philosophies conveyed by Grandpa that I hope to be able emulate a fraction of in my lifetime. Key ones that I’m sure will conjure up stories from all of you were the value of hard work, that family comes first above anything else, and to be fair and honesty in any of your dealings.

We love you Grandpa and will miss you so very much! 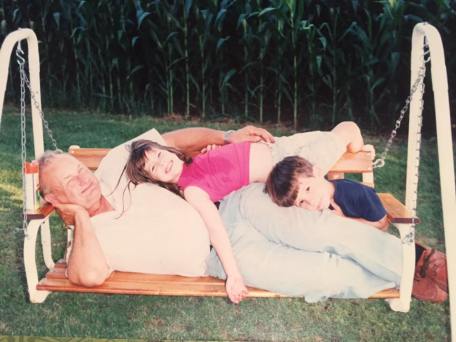 Happy Birthday Grandpa!  I love and miss you! I keep catching myself looking for you waving in your picture window every time we pull out of the driveway.