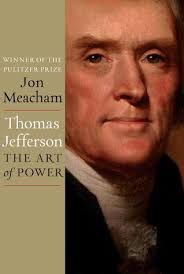 Oversight (No Spoilers): Ever since getting hooked, or perhaps obsessed would be more appropriate, on the Hamilton soundtrack I’ve been fascinated with this time period and the people that secured their legacy by shaping social and political policies of the age. As such, I eagerly scooped up Thomas Jefferson, especially having previously read Meacham’s the American Lion, highlighting Andrew Jackson and the people that inhabited his social sphere. While I wasn’t enamored with my first Meacham’s novel and although Thomas Jefferson suffered from some of the same flaws as American Lion, I thoroughly enjoyed learning about Jefferson’s life during this tumultuous, yet instrumental time in America’s history. Throughout this book I became irritated with the lack of quotes or details, with key events seemingly scanned over, however the story was put in perspective upon Meacham stating in his afterword that his goal was to give an overview of Jefferson’s life, as if he had gone into minute details that this book could have easily tripled in size. Another issue, which resurfaced from my initial Meacham encounter, was that anyone who opposes the protagonist is viewed in a negative light. Throughout life, disagreements are an inevitability, and without exception, there are always two stories or perspectives to a conflict. As such, in order to find an acceptable compromise it is imperative to understand where both parties are coming from, which has been lost in current day politics. Biographies and historical accounts are the perfect way to learn how strong minded individuals came together from widely opposing views to help shape how the world in general has progressed to current day. Therefore, I find it highly unacceptable when an author shades a character in a negative light, in which I know I could pick up, for example a Hamilton biography and probably have a reversal in the roles of protagonist and antagonist. With that being said, I still found Thomas Jefferson to be an intriguing read, and am always fascinated with the concept that American government was truly a experiment that no one knew was going to actually succeed. Nothing was set in stone during that time period, from who our allies were, to the power that the President could yield. Also, casting a comparison to present day politics is a trend that I’ve observed in many of the biographies I’ve recently been reading of past Presidents, regardless of the President that has won it appears that in several key instances that politicians and citizen of the losing political party have felt hopeless and as though the world was ending as they knew it, e.g., Andrew Jackson, Thomas Jefferson. I’m in no way making a political statement, or wishing to insight trolls, but I find a bit of comfort in the fact that history tends to repeat itself and perhaps other elections, long before I was born, resulted in similar overall feelings of division, animosity and strife that have been exponentially expounded upon in present day by social media. Overall, I thoroughly enjoyed Meacham’s account of Thomas Jefferson, who was not only influential in shaping our nation during its birth, but also proved to be a timeless philosopher.

Hyperbolic: of, relating to, or marked by language that exaggerates or overstates the truth

I hope you all enjoy Quinn’s smile in her school photos as much as we did. 💚
Holding tight to the end of summer! 💚
Don’t be distracted by the cute smiles. Yes, that is Q standing on top of her water table.
Quinn’s first time voting was apparently a somber affair.
Follow The Critiquing Chemist on WordPress.com