Over Memorial Day, Samuel was moving back to Michigan from San Francisco so we got a chance to go on another fantastic, jam packed road trip hitting eight National Parks in four days. In my last post we had just finished our Angel’s Landing (Zion National Park) adventure and were heading to Bryce Canyon National Park. After Bryce we wanted to try to reach Capitol Reef National Park before sunset. We knew it was ambitious to reach the three parks in one day but we were optimistic.  As we climbed in the car for the drive to Bryce and the adrenaline from our morning hike subsided, our stomach began their telltale rumble.  As such we were excited to stumble upon the Thunderbird and their most delicious pies.  After filling up to the point of stuffed, we continued our journey to Bryce. 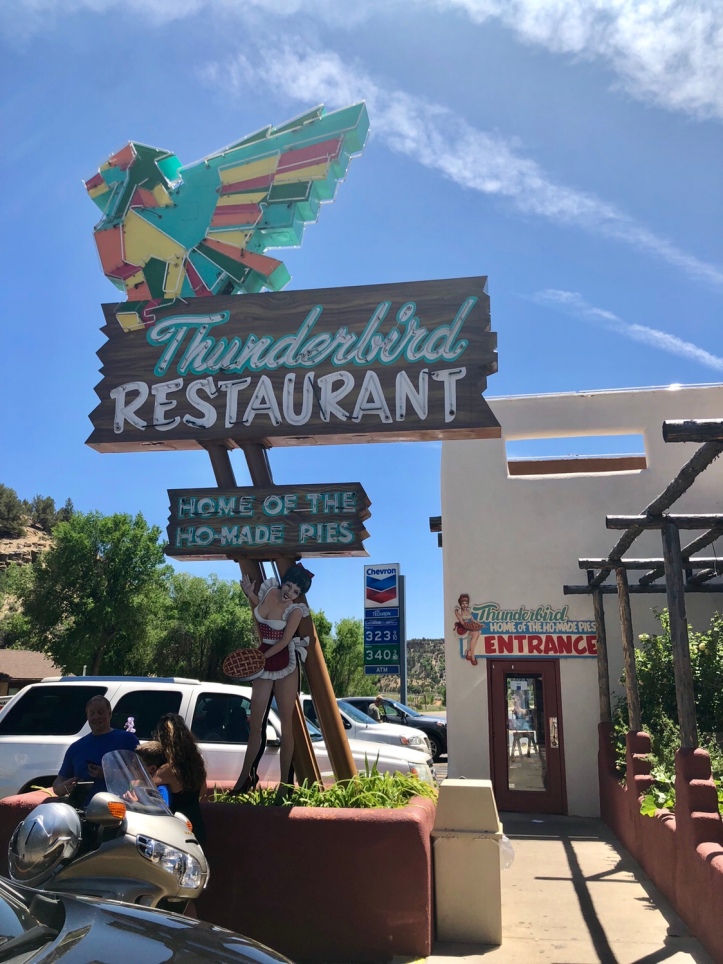 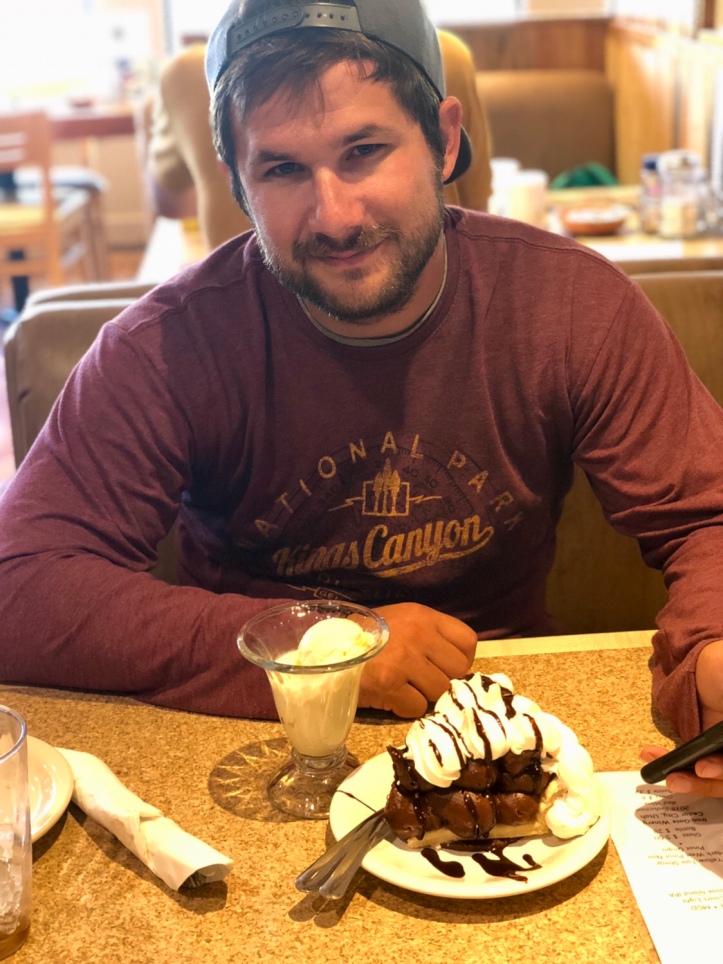 As we drove up to Bryce, the change in landscape was significant even though the two parks (Zion) are only an hour or so apart.  We didn’t have time to dedicate to a specific hike but we walked out to several viewpoints that were all stunning in their own right. Overall, the scenic drive was very much enjoyable, providing breathtaking panoramic lookouts of the park.  On a previous trip, Samuel and Kara hiked to the bottom on the canyon, which was quite taxing but affords its own amazing views.  If you look closely in the distance of our photos you’ll see smoke rising from a forest fire.  On our way to Capitol Reef we drew rather close to this fire only to find out it was a prescribed one.  Our time in Bryce was definitely short and I look forward to exploring this stunning park more in depth in the near future. With our glimpse of Bryce complete, we continued our trek east toward Capitol Reef National Park that was a mere two hours away. 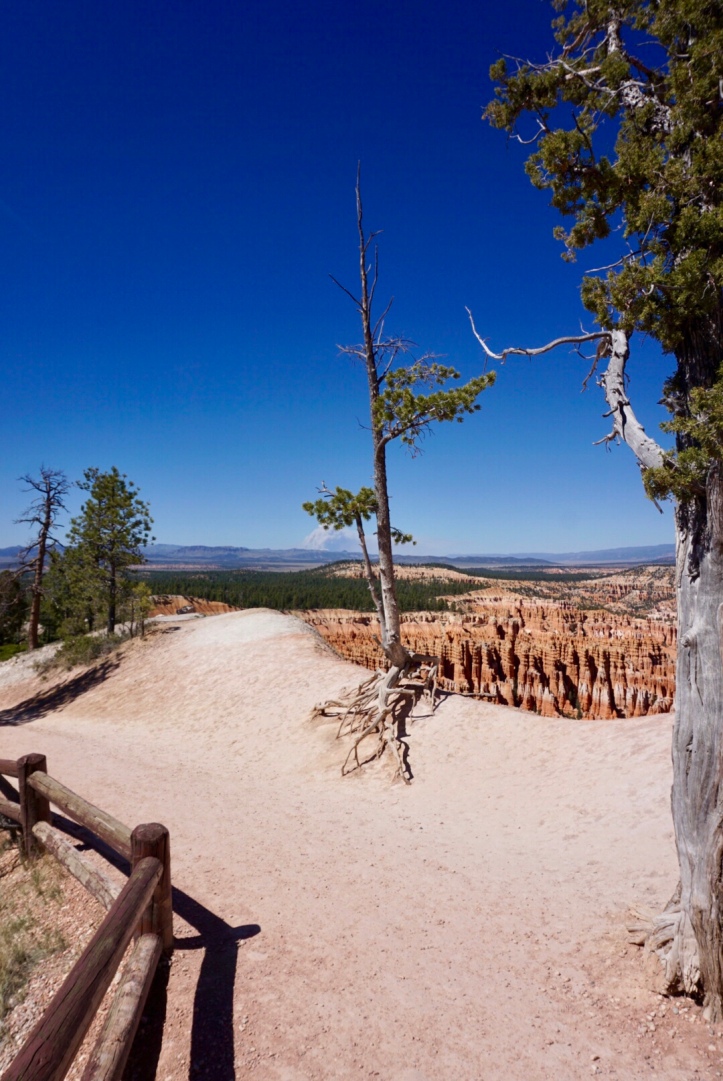 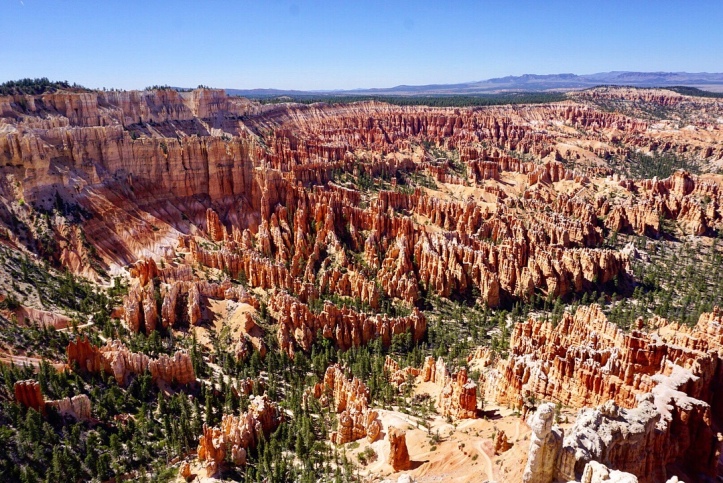