Over Memorial Day, my brother Samuel was moving back to Michigan from San Francisco so we got a chance to go on another fantastic, jam packed road trip hitting eight National Parks in four days. Our busy second day of the trip thus far had included hiking to the top of Angel’s Landing at Zion National Park and taking the scenic drive at Bryce Canyon National Park. As Capitol Reef National Park was only two hours from Bryce Canyon we decided to fit in this third park into our already full day.  At this point I’d had to don a long sleeve as I’d made the mistake so many Michiganders do after a long winter. Due to a delayed spring, so even though I’d applied sunscreen, the Utah sun was most unforgiving to my shoulders when hiking at Zion.  After our relatively short drive we finally reached Capitol Reef and even though the Ranger Station had already close,  we plotted our own mini adventure in the time we had before sunset. 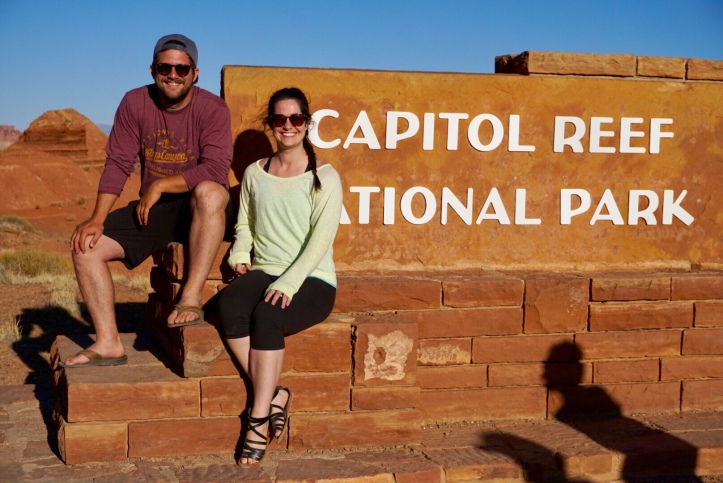 As we drove into the park we stopped by Chimney Rock, which afforded beautiful views in the waning sun. We progressed on to The Castle where Samuel of course had fun climbing to the top of a random dirt pile. I’m not sure how he had the energy at this point in the day for the feat.  You can see The Castle both in the background of Samuel’s action shot and the following landscape photo. 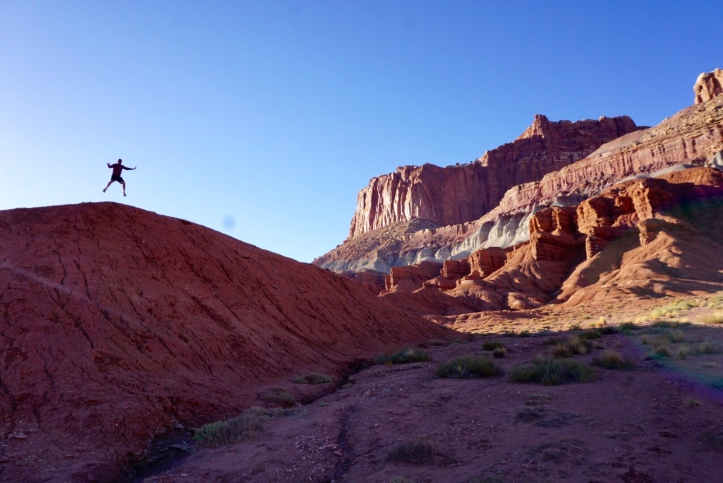 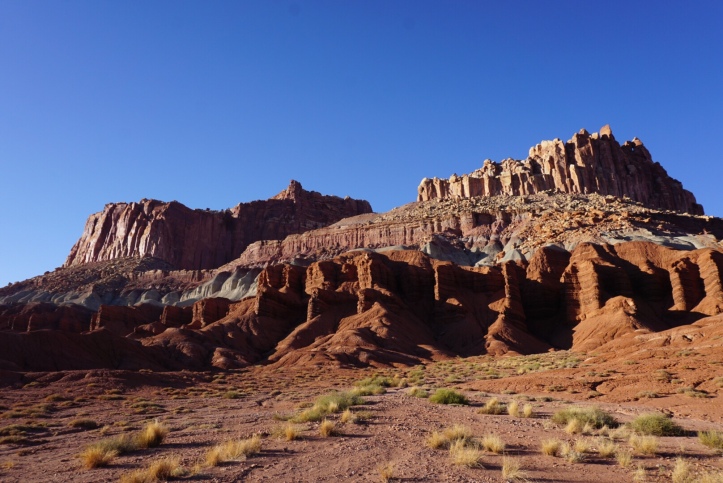 We chose to forgo the scenic drive in lieu of going on an evening hike.  As we drove to the trail head for Grand Wash where we could find scenic slot canyons, we stopped by the petroglyphs that are right off the main drive.  At first we couldn’t spot the images, but with the help of another family next to us we were directed in the right area. The photo of the petroglyphs below doesn’t do the images justice as they were quite impressive.

We knew we were running out of sunlight but decided to hike as quickly as we could to see if we could reach the Great Wash slot canyons before dark.  It was a beautiful hike, with having the added bonus of being much cooler and more level than the first of the day.  We set a twenty minute walking limit before having to head back to the car.  After keeping a pretty brisk pace we found the slot canyons just as we were despairing we’d have to turn back.  Once we’d taken a quick moment to soak in this unique landscape we reversed our trek and headed back to the car. Just in time too as quantity of bats flying above us started growing inversely with the distance to our car. After climbing back in our car we drove another hour to bring us in closer proximity to Arches National Park, which is our objective for the third day of our  cross country road trip! 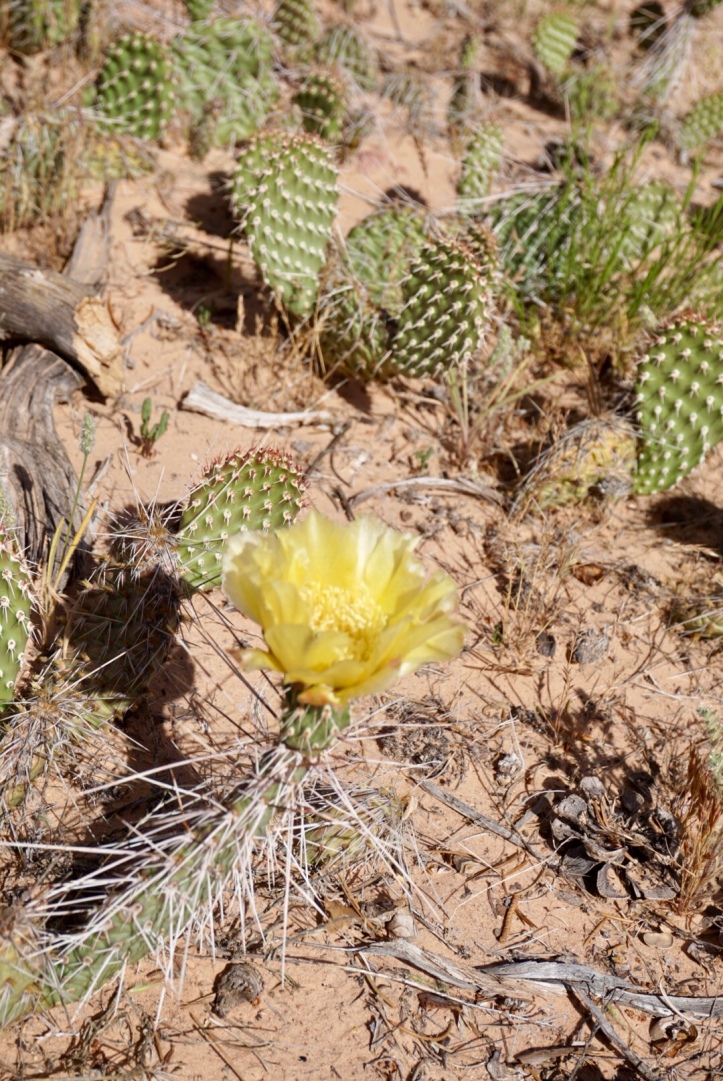 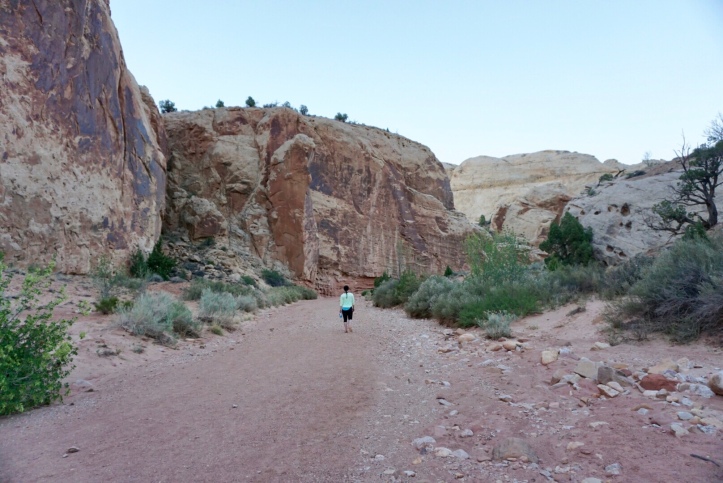 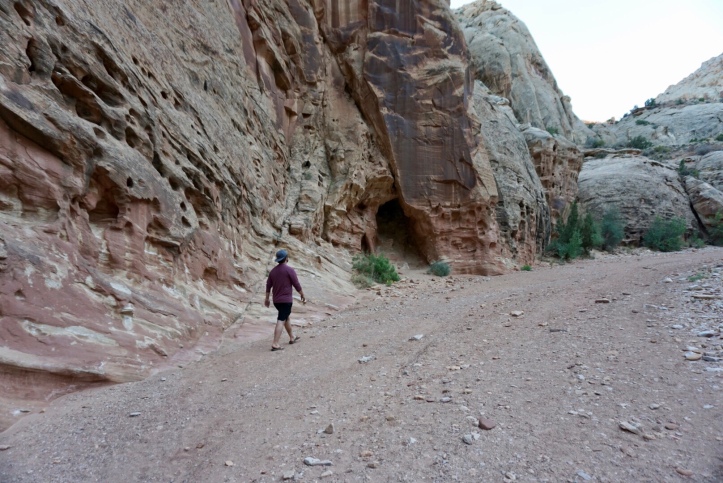